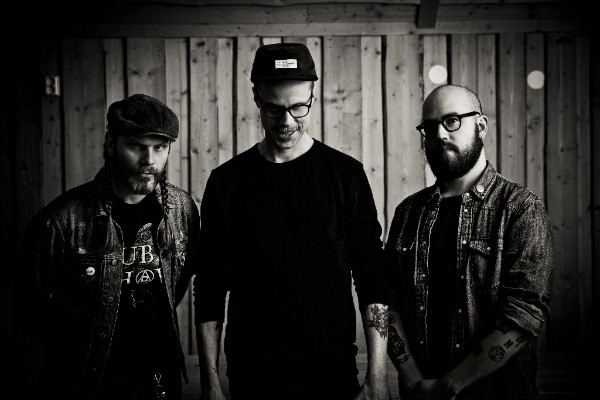 Swedish rock trio, Satan Takes a Holiday have released a video for the single “The Beat” which can be seen here

The video, created by Peder Carlsson and Bjorn Rallare features an out of control party animal muppet traipsing through Stockholm destroying a supermarket and a convenience store, getting tattooed, being thrown out of a pub, picking up on girls and winding up in some precarious situations only to return home and seemingly prepare to do it all over again. All this while the band blow the doors off of a club.

February sees the release of Satan Takes a Holiday’s new album, Aliens, from which “The Beat” is pulled.

Since releasing their self titled debut album in late 2009, the Swedes have racked up a slew of accolades including a nomination in the Best Rock Band category at the P3 Guld Awards and having their single, “Karma Babe” (from 2012’s ‘Who Do You Voodoo’) inducted into one national radio station’s “Hall of Fame” by their listeners, to name but two.