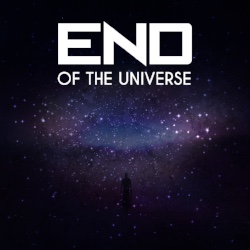 The lead off track on Live in Space,”End of the Universe” is an epic, dommy and spacey tune about how Vikstrom views the actual end of the universe – “the victory of gravity over dark energy. The universe will be a singularity again, and the wish that a new universe will rise from it,” says Linnea.

The single can be purchased on iTunes and streamed on Spotify.