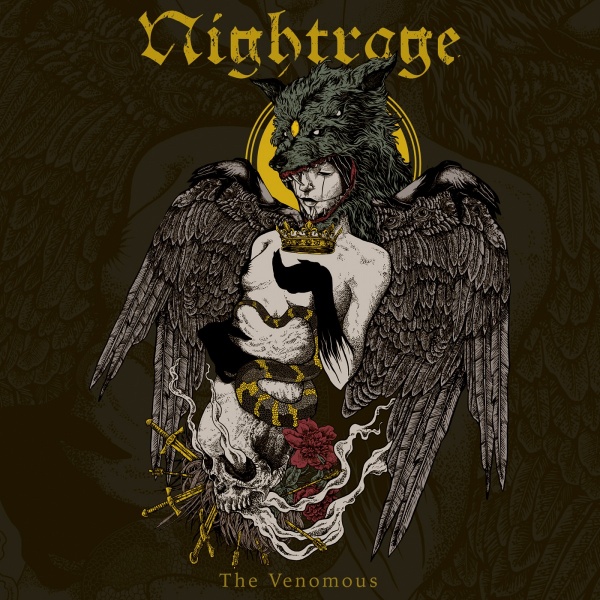 Greek / Swedish metallers Nightrage release their new single, “The Venomous” today via Despotz Records, which can be streamed today via the website Dead Rhetoric.

Coming off of the album of the same name (released 31 March 2017), “The Venomous” tells a tale of extinction: dealing with the failure of mankind and how we as human beings are racing towards our own demise and introduces two new members to the fold, Magnus Söderman (guitars) and drummer, Lawrence Dinamarca who join Marios Iliopoulos (guitars), Ronnie Nyman (vocals) and Anders Hammer (bass).

Releasing their first album, ‘Sweet Vengeance’ in 2003 via Century Media Records, the band has gone on to release a further five albums, with their last effort, ‘The Puritan’ being their debut for Despotz.

“The Venomous” can be purchased here