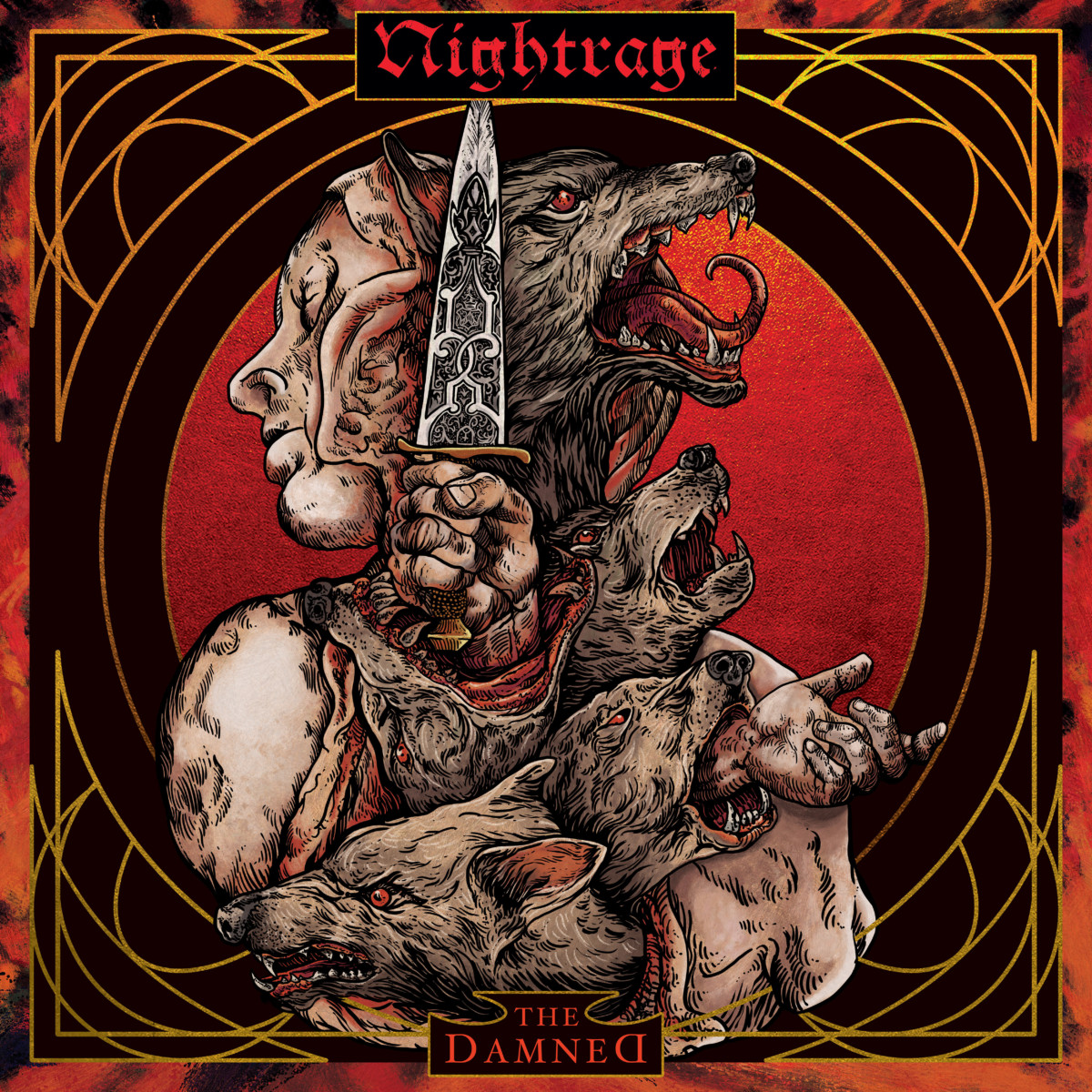 NIGHTRAGE returns with the second single, “The Damned,”  from the forthcoming album Wolf To Man where the band invites us to a mesmerizing melodic musical journey, telling the truthful story that guides us all the way to the inevitable demise of mankind. The music delivers a delicate and well-balanced blend between brutality and melody, as well as an intricate mix of thrashing riffs and hook filled choruses. “The Damned” is out today via Despotz Records.

The band says, “Humans have given up on living for real and now just live for the next cheap thrill not giving a shit how to make it to the next day. It’s more important to have many “likes” on social media than it is to take care of or interact with the ones living around you. We and our bodies are just empty shells now losing the last of our damned souls to the cheap thrill of fake life online. It’s our own fault. Hate us and blame us. We are the damned!”

This relentless story of extinction is told with as much aggression as it is with intriguing and mesmerizing melodies. Memorable hooks and some of the catchiest choruses that metal has seen in decades, does nothing to compromise the brutality and honesty that NIGHTRAGE is known for.

“The Damned” can be purchased on iTunes and listened to on Spotify.