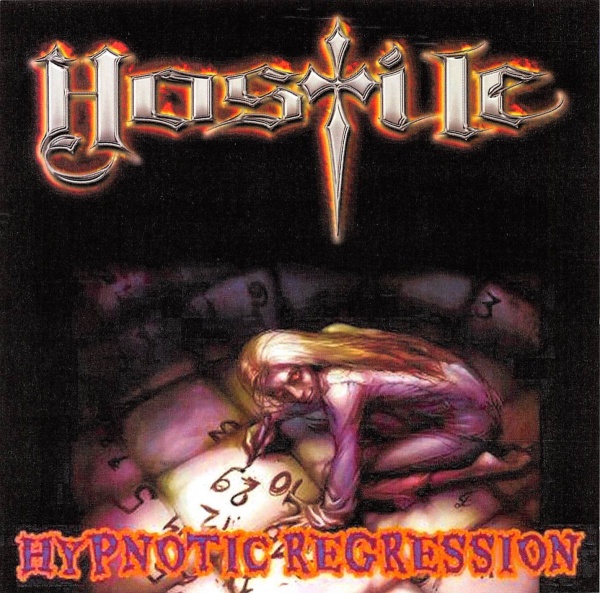 Dallas metal mongers Hostile are streaming their new Ep, Hypnotic Regression via the popular Dutch outlet Lords of Metal through the 12th of December.  The four song mini album can be listened to here.

When you come from Texas, you’re expected to be bigger than everything else in your wake and with Hypnotic Regression (out now via Hostile Music / Vanity Music Group) the quintet have done just that.  Teaming up with producer Rob Swarthout (Flickerstick, Deep Blue Something, Ruff Ryders, etc) at Audio Science Laboratories in Dallas to create a larger than life head crushing affair reflecting the influence that Savatage, Crimson Glory and King Diamond, amongst others, has had on the band.

Opening with the take no prisoners riffing of “Broken,” the track is a song about fighting back against the abusers and the bullies of the world.  “Demons” touches on dealing with one’s inner beast and who we may be turning into.  “Through the Eyes of the Wicked” was actually written on the way to rehearsal and encourages you to get rid of those who tie you down and force feed you nothing but lies, while Ep closer and title track, “Hypnotic Regression” opens with an impressive bass solo from Lafuente before throwing you straight into the pit of hell with an all out assault led by sticksman Robert Goss.  A very personal song for Acosta the intensity of the track is reflected, not only in the savage riffing but in the song’s lyrical content as it deals with losing a close friend to heroin